There is something fundamentally wrong going on in Canada. Jihadis are literally roaming free on peace bonds, even after getting caught with manuals on bomb-making!

But Christian pastors who oppose forced vaccinations are getting arrested in a most demonstrative way!

PREFER TO LISTEN TO THE PODCAST VERSION? CLICK BELOW.

Some people think that a country becomes Communist officially only if a political party calling itself “Communist”, wins some national election. Really? When has this ever happened in history? Never! Communism is state-sponsored terrorism, just like Islam. They are shameless and they’ll do what it takes to subjugate the populace. They don’t care about the law, the only thing the terrorist Left cares about is having unchecked power.

Unchecked power is what Canada’s globalist elite want – and currently have! These elites (media, government, academia) have also picked the winners and the losers in this current clash of civilizations.

The good guys, the perpetual victims, the “freedom fighters”, are of course the Jihadis. They are presumed innocent by the authorities even when the evidence clearly shows they are evil degenerates who must be locked up for life or kicked out of the country. But to the media they are just Canadian “men” and the news is in the Canada section of Canada’s Global News website. It’s just one of many such examples.

The story is about two jihadis who had this to say about getting caught with bomb-making plans:

“We will die for our cause. We will never give up. People might not like us but we will force them to respect us. We are a force to be reckoned with. We are not scared of death and we are ready to take on the whole world. Islam will dominate the world which is on our prophecies.”

The article goes on to say that:

The documents show police devoted considerable resources to the investigations, but in the end, did not press any charges. Instead, the results for both Mohamed, 28, and Khoshnood, 30, were terrorism peace bonds that saw them released but ordered to follow a list of conditions that include a ban on driving and wearing an ankle bracelet. 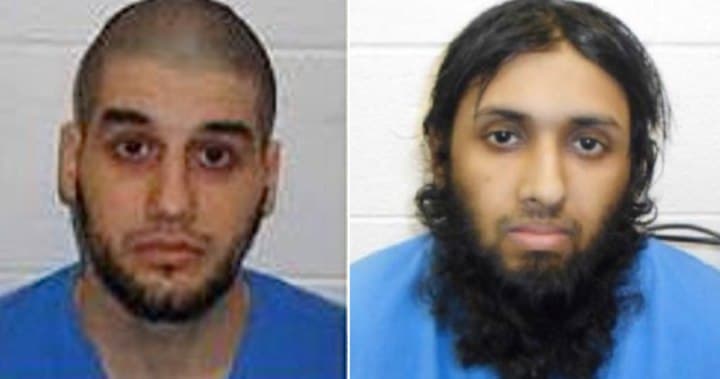 These two “men” were let go by the Canadian police even after evidence was found proving they are jihadis!

Seriously, you can’t make this up!

But how do the Canadian Communist authorities treat Christian pastors who peacefully oppose the Covid so-called “vaccines”?

Take a look for yourself!

The same exact news website reports that Canadian pastor of Polish origin Artur Pawlowski was arrested by the border patrol upon landing at Calgary International Airport after spending four months traveling and speaking in the US.

Notice that the news piece is in the Crime section of the website. The pastor is labeled “controversial”.

What else needs to happen for freedom loving people in Canada to wake up? Some have and many more will. Let’s hope it won’t be too little, too late before Communism officially is announced as the “better” way to organize society – for your own good, of course!

You can donate to this courageous pastor’s ministry on his website.

Signup below for our email newsletter to get new content updates:

Muslima chastises America on 911 – gets shut down!
Scroll to top